Some of Our Postgraduate Students

We have a vibrant postgraduate community. Some of our current students’ projects are listed below.

I’m Dawid Sosin. Since childhood, I’ve a firm interest in film and the moving image. Eventually, my passion has led to doctoral research in genre and film studies. In my reception study of the post classical Hollywood action film hybrids, I address the major forces shaping the state of socio-cultural discourses at different times in history and examine the relevant genre discourses prevailing in both the generic industrial approaches to filmmaking templates as well as the understanding and recognition of genre cues and genre functions across audiences. 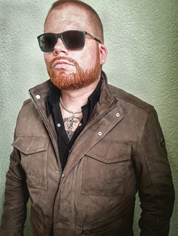 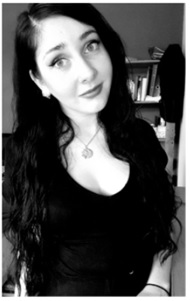 My research is centred around the Twilight fan community and studies of fan activism.

The fans of Twilight repeatedly hold their own fundraising events within their online community for various causes. One of the key causes that the community raises money for is the Quileute Tribe's 'Move to Higher Ground' campaign. These fans campaign to raise money through auctioning off their own products, merchandise, and replicas, with the proceeds directly going to the Native American Quileute Tribe. The way in which these fans actively campaign is interesting because the Quileute Tribe has not asked fans for help, and they have received no funding themselves from the Twilight franchise which can be seen to appropriate their native heritage within the novels and movie adaptations.

This research hopes to investigate the ways in which Twilight fans partake in a new form of fan activism, titled ‘fan-initiated’, exploring how this concept is vital to understanding fan participation and productivity. 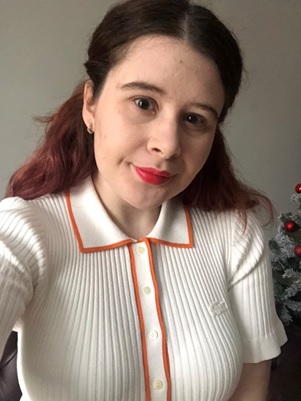 Our graduates go on to impressive careers in the media industries.

Our graduates go on to impressive careers in the media industries.

Lots of our Media and Journalism graduates go on to jobs in digital marketing and public relations. Shauna Madden has already had an award-winning career. She is now Head of Social and Paid Media for the Ilk Agency in Leeds.

Broadcast Journalism graduate Amber Mehmood secured a job with the BBC in Yorkshire before her course even ended. After three years at Look North, she’s now part of the Watchdog team.

Jenessa Williams has used her Music Journalism degree to write for a range of publications including the NME.

For our Sports Journalism graduates, working for a club's own media department is a great path to follow. Ben Shepherd is Digital Content Producer for Liverpool.

Charlotte Foley studied Broadcast Journalism with us and is now the breakfast newsreader for Viking FM and Greatest Hits. She was runner-up as newsreader of the year in the 2020 IRN Awards.

Broadcast Journalism graduate Alice Sofield works for Capital, Heart, Smooth and LBC radio. She was runner-up in reporter of the year at the IRN Awards in 2019.

Sports Journalism graduate Arif Ahmed is a news and sports reporter for ITV in Yorkshire. Here’s one of his recent video stories.

Izzy Pitts is Social Media and Content Manager for the charity Penny Appeal.

Media’s Georgia Helme graduated in 2021 and has already secured an impressive series of credits in the TV industry, including on Channel 5’s This Week on the Farm.

Media graduate Alice Costello worked on the 2020 series of I’m A Celebrity… Get Me Out of Here! in north Wales.

Katie Rushworth graduated from her Journalism degree in 2021 and now works as a reporter for the Westmorland Gazette.

Danny Parkinson, who did Broadcast Journalism, is a radio broadcaster with Forces Radio, based in Gibraltar. He guest hosted a show on BBC Radio 1 on Christmas Day 2020.

Matthew Shaw is Rugby League Editor for a series of newspapers and websites across the north of England.

Jess Softley works for BBC Sport at MediaCity as a Broadcast Assistant.

Joe Smith did his undergraduate degree, Masters and PhD with us. He is now an academic at the University of Leicester.

Tom Bestwick wrote for us about starting a new job in a PR agency during the Covid pandemic.

Richard Hartley-Parkinson is now Online Editor for Metro. He came back to the University in 2018 to visit after a note he wrote back in 2002 was discovered in his student halls! Read about his notes from the past here.

Ryan Sparks, Sports Journalism graduate, is now Chief Executive of Bradford City. Read him interviewed in the i!