Research carried out within the University of Huddersfield’s School of Education and Professional Development has been a key influence on the Government Prevent strategy, aimed at preventing terrorism.

What was the problem?

The Prevent policy was introduced in 2007 to address the risk of young Muslims being attracted to terrorism and the ideologies supporting it. The rapid implementation of the programme led to direct interference with existing cohesion policies and posed real issues in terms of approach and organisation for local authority and education partners, many of which immediately recognised the ideological and practical problems the policy created.

Benefits of this research

Through a combination of national media coverage and oral evidence given to a House of Commons Inquiry, this research has encouraged a change of focus, resulting in the Department of Communities and Local Government (DCLG) placing renewed emphasis on the value of cross-community cohesion.

What did we do?

One such authority was Kirklees Metropolitan Council, which, using Prevent funding, commissioned Professor Paul Thomas as an analyst of community cohesion to evaluate its initial year of Prevent activity in 2007/2008. The resulting report represented the only genuinely independent evaluation of the initial pilot year of Prevent activity in England. The key findings of this report were shared with Prevent co-ordinators and elected members of local authorities from across the Yorkshire and the Humber Government Office region.
A collaboration was also formed with the Rochdale Pride Partnership (Local Strategic Partnership) to develop and carry out action research with young people. Prevent was viewed as highly controversial by Muslim communities in Rochdale, and this study was seen as an acceptable way of engaging with the policy agenda. In July 2008 the results, relating to how young people of all ethnic backgrounds understood identifications, prejudices, fears, experiences of segregation and racial/territorial conflict, were presented to the Rochdale Pride Partnership. The findings were used to inform future policy approaches to both Prevent and community cohesion.

The research carried out in collaboration with local partnerships resulted in policy change recommendations to local government funders and an evidence submission to the House of Commons Communities and Local Government Select Committee Inquiry. This argued that Prevent should focus much more on cross-community cohesion approaches and be supported by wider attempts to encourage political education amongst young people in addition to training and guidance for education professionals.

These recommendations were accepted and later featured in the Committee’s report in 2010 and the re-launch of Prevent in 2011, supporting the need for further emphasis on community cohesion. This has since led to further on-going research into feelings and dispositions within marginalised, mainly white communities (including attitudes towards groups such as the English Defence League), commissioned by West Yorkshire local authorities and soon to be published.

Published in 2012, Responding to the Threat of Violent Extremism, authored by Professor Paul Thomas, focuses on recent British attempts to 'prevent violent extremism'. It looks at the problems and limitations of these approaches, and what lessons this can offer for more effective policy changes in future. Paul argues that the Prevent policy approaches, and the wider CONTEST counter-terrorism strategy, have been misguided and ineffective, further alienating British Muslim communities instead of supporting longer-term integration. He argues that new, cohesion-based approaches encouraging greater trust and integration across all communities represent the best defence against terrorism. 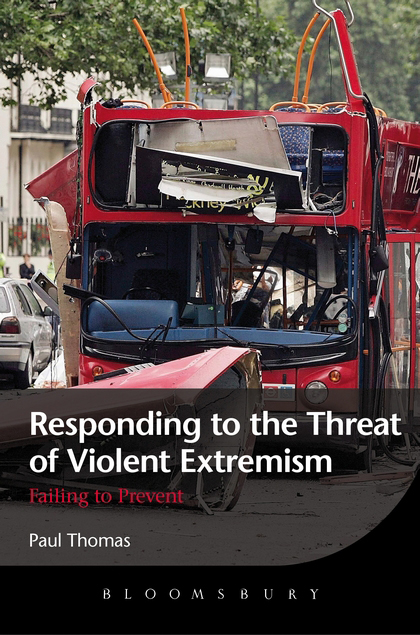