The key activities all involved the development of local capacity, amongst government staff and communities. The main areas of project activity were in research, training and technical support, with these all being directed to improve the effectiveness of local community groups to benefit from the forest resources and forest-based enterprises, better manage their forests using PFM arrangements and obtain forest benefits in a sustainable manner.

A wide range of activities were undertaken addressing socio-economic, institutional, economic and environmental issues. These various activities were linked and interactive, with success in one influencing performance in other areas. Specific activities included:

In order to manage forests in a sustainable manner it is now recognised that participatory arrangements are needed. These must involve the local communities and give them clear rights to the forest in the long term, as well as showing how value can be added to the forest and income from the forest increased.

Rather than the government “policing” the forests to protect them, which is impossible because of their extent, the preferred PFM method is to recognise the rights of local communities to the forests and their products and give them responsibility for sustainably managing their forests.

The NTFP-PFM Research and Development Project supported farmers in the improved production of forest products, especially NTFPs, including coffee, honey, bamboo and spices. This work included:

Farmers were advised on a number of specific activities, including:

Marketing of NTFPs and Forest Products

Farmers collecting honey, spices or coffee from the forests of South West Ethiopia used to get very low prices, depending on the product and the season. This project has helped farmers improve the income they obtain for the NTFPs and other forest products they have for sale. This work was based on value chain analysis to identify the key actors and linkages in the marketing chain, and the points at which value is added.

Improved earnings can be achieved by: 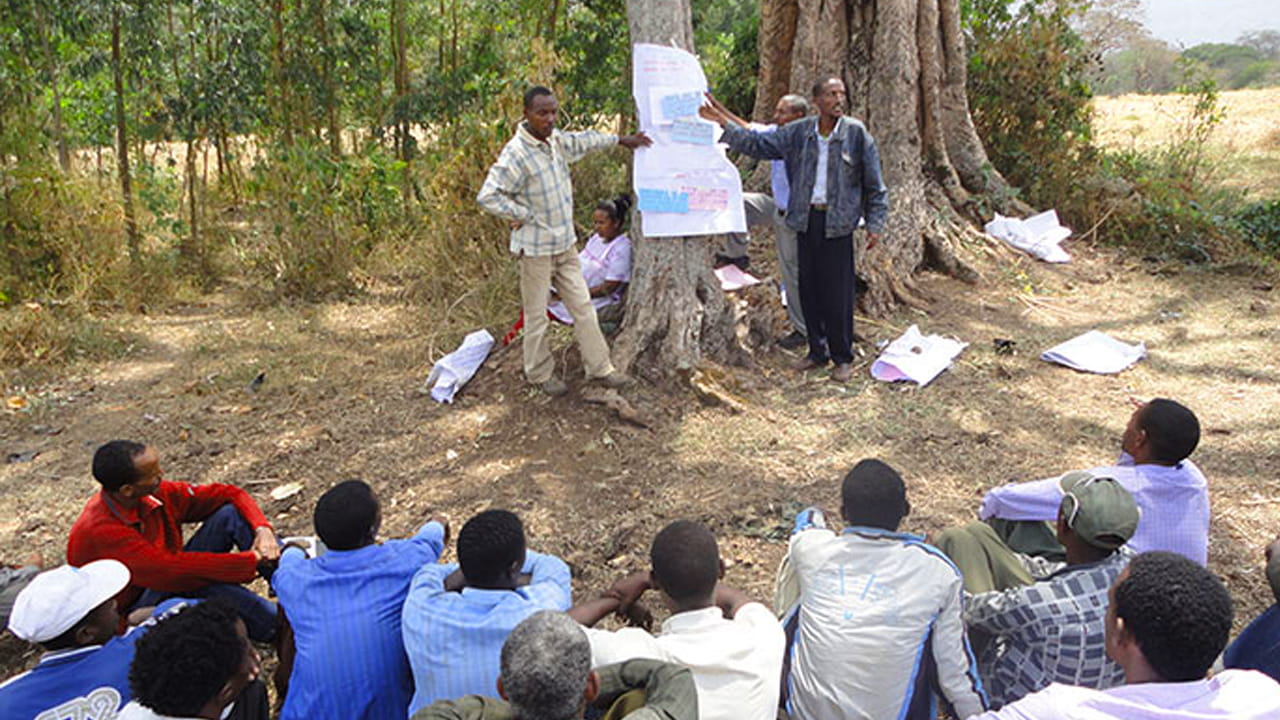 A key element in the project's approach of building local capacity was to support the development of community groups which could undertake specific activities. Two types of groups have been developed - Participatory Forest Management (PFM) Groups at the got or village level and Honey Trading Groups. These were legalised: the former as Associations and the latter as PLCs (Private Limited Companies) and in one case as a cooperative.

In each of the four districts of project operation PFM Associations were established and under them branches in more than 100 communities. The latter implement their own management plans for the forest areas which come under their jurisdiction. These groups have agreements with the local Agricultural Office and are responsible for forest management and monitoring. The PFM arrangements are being scaled up to neighbouring areas now that the methods have been tested and fine-tuned.

There were seven Honey Marketing Groups established which may evolve into multiple NTFP Marketing Groups. They have established links with traders in Addis Ababa and are responsible for quality maintenance as well as the purchase of honey for onward sale. They were registered as private limited companies and as a cooperative in one case.

The project took a landscape approach in its work. Hence in considering how to maintain the forests, it is necessary to also explore the land use outside the forest. Adding value to the forest through the enhanced use of NTFPs and the development of forest-based enterprises is one way of making communities value their forest and reduce its clearance. However, there is also a need to explore the pressures which may lead to forest clearance due to poor land use in the surrounding areas, as forest clearance is a key way of obtaining new farm land and replacing land which has lost its fertility or become degraded.

Farming systems in the area were assessed and their strengths and weaknesses in terms of sustainability and their demands for new forest land for clearance were identified. The ensete based farming system in the higher altitude areas is relatively sustainable with this key plant, the false banana, being cultivated in permanent home gardens. There are also indigenous methods of soil conservation using trash lines of weeds. The coffee forest in the lower altitude areas provides a good example of how adding value to the forest reduces clearance, the agricultural frontier in this area having reached an equilibrium with the forest.

Nonetheless, there remain issues in terms of demand for forest land for agriculture in some areas, especially where newly married couples cannot get access to farmland and cannot see ways to make a viable income from forest-based enterprises.

A key element of the Project’s work was to monitor the changes in land use, especially forest cover. As the Forest Management Associations and their community branches began to reduce the rate of forest loss through their management initiatives, driven primarily by the increased value of the forest for income generation (from NTFP development and forest-based enterprises), so it was possible to explore carbon offset payment opportunities.

The project explored the rules and regulations affecting the different schemes for carbon offset payments and identified the voluntary carbon market as the one most relevant for this situation. The methods being followed were those which have been developed by the UK carbon certifier, Plan Vivo. Specific arrangements for the carbon payments to reach the communities have been explored with a Trust Fund format proposed.

Although the project was in one of the wettest parts of Ethiopia, which is endowed with excellent natural resources, poverty is widespread and seasonal food insecurity occurs, especially amongst some ethnic groups and the poorest households.

Surveys by the project have shown that NTFPs are widely used to supplement farm income especially in times of food shortage. Also employment related to NTFPs, through trade, harvesting and processing creates a small number of jobs which are often taken up by those with no access to land.

Seasonal variations in the prices of NTFPs greatly affect the income obtained, while the poor quality of some of the produce and the poor links with the market beyond the local communities also affect this income. Improved market linkages and better production and processing are essential to increase NTFP-derived income and improve its contribution towards supplementing food availability in households.

Linked to these activities, and especially the PFM work, this project supported the government of SNNPRS in research and data gathering for forest policy development. Consultation by government staff was undertaken in all parts the region, especially areas where forest is present, or the lack of forest an issue. The government produced a new regional forest proclamation which was approved in 2012 confirming different legal arrangements for forests, including that community management of natural forest by PFM was appropriate. 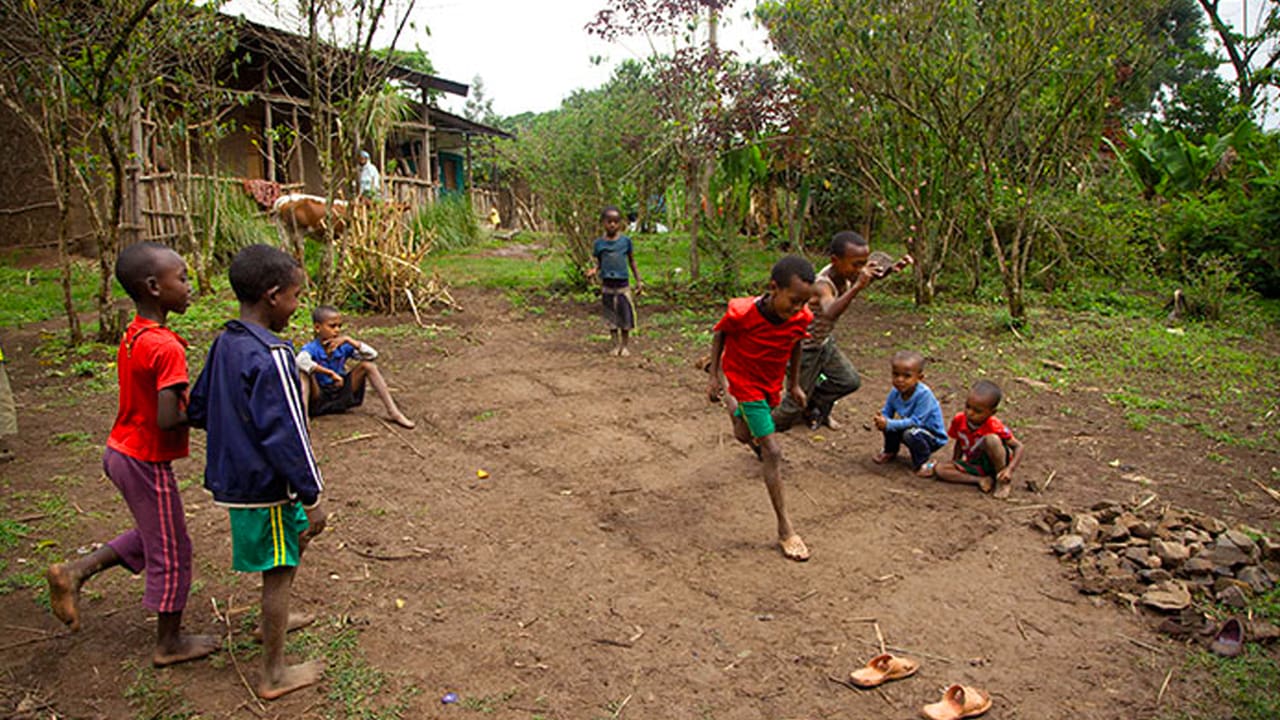 If you would like to know more about our areas of expertise or wish to discuss research opportunities with SRC, please get in touch.