The Future of Public Service Broadcasting

Professor Catherine Johnson acted as Special Advisor to the Department of Culture, Media Digital and Sport Select Committee Inquiry into the Future of Public Service Broadcasting from April 2020 – March 2021. You can read the final report produced by the Committee here.

Gender, Metal and the Media

Dr Rosemary Lucy Hill’s book ‘Gender, Metal and the Media: Women Fans and the Gendered Experience of Music’ explores the tension between being a rock and metal fan and being a woman.

Dr Richard McCulloch is co-editor of Disney’s Star Wars: Forces of Production, Promotion and Reception, a collection of essays surrounding one of the biggest franchises of our time.

Dr Rebecca Saunders’ book Bodies of Work: The Labour of Sex in the Digital Age.

Dr Jennifer Hessler's research into peoplemeter technologies and the measurement of of audience participation by biometrics.

How people decide what TV to watch

The Politics of Against

Professor Cornel Sandvoss’ piece ‘The Politics of Against: Political Participation, Anti-fandom, and Populism'.

Professor Catherine Johnson gave a keynote at VUB’s SMIT symposium on Netflix’s development and current positioning in the EU.

"A place where nobody is really clean"

Dr Richard McCulloch presented ‘ “A place where nobody is really clean”: Fandom, Sportswashing, and the Newcastle United Takeover’, at the  Fan Studies Network North America, October 2021.

Fandom: Identities and Communities in a Mediated World

Professor Cornel Sandvoss’ co-edited collection Fandom: Identities and Communities in a Mediated World features eighteen new, original essays covering topics such as activism directed at racism in sports fandom, fan/producer interactions at Comic Con, the impact of new technologies on fandom, and the politics and legality of fanfic, this wide-ranging collection provides diverse approaches to fandom for anyone seeking to understand modern life in our increasingly mediated, globalized and binge-watching world.

"An excellent collection, the second edition of Fandom continues to push the boundaries of fan studies in bold directions. Reflecting the new developments in the field, this lively, engaging, and high-quality volume will be the go-to book for anyone engaged with the future of fan culture." ~Jason Mittell, Middlebury College

"This new edition of Fandom takes fan studies in exciting new directions, providing a crucial intervention into the way the field is evolving. Thought-provoking and mature, it will change the way we think about the next generation of fan scholarship. A fantastic book." ~Paul Booth, author of Digital Fandom 2.0 and Playing Fans: Negotiating Fandom and Media in the Digital 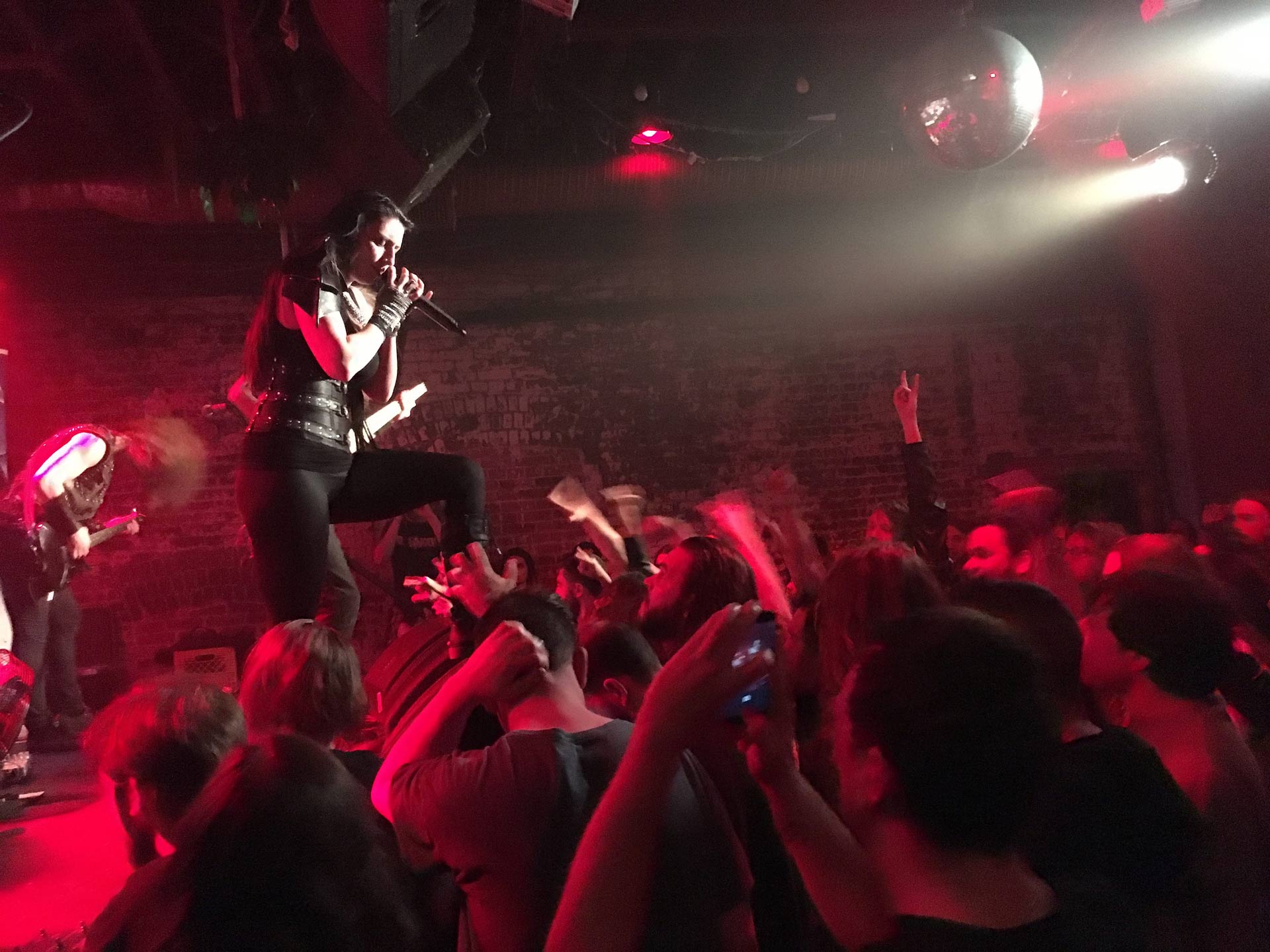 Healthy music audiences: music, gender and health (phase two) is a small research project investigating the implementation of measures to prevent and respond to sexual violence at gigs in West Yorkshire.  The project follows up on our earlier research which found that sexual harassment, groping and assault is a widespread problem at gigs, that has damaging impacts on mental health and musical participation, particularly for women. We drew up guidelines to assist venues and promoters and are now tracking the processes involved in implanting changes across a range of venues.

The project is lead by Dr Rosemary Lucy Hill, working with Molly Megson and in collaboration with The Leeds Music Hub, a venue and community music centre, and Girl Gang Leeds, a promotions collective that organise events in support of the artistic endeavours of women and LGBTQ people.

Read the Guidelines for venues and promoters Guidelines 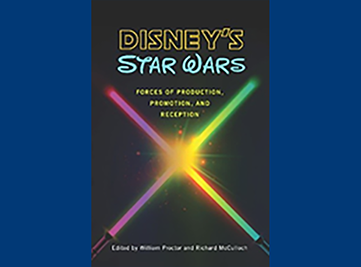 Dr Richard McCulloch is co-editor of Disney’s Star Wars: Forces of Production, Promotion and Reception. In 2012, Disney purchased Lucasfilm, which meant it also inherited the beloved Star Wars franchise. This corporate marriage sent media critics and fans into a frenzy of speculation about what would happen next with the hugely popular series. Disney’s Star Wars gathers twenty-one noted fan and media studies scholars from around the world to examine Disney’s revival of the franchise.

“Star Wars isn’t what it used to be. This fascinating collection of essays captures a key moment in its ever-expanding universe, acknowledging the contradictions of its history, the fluidity of its continuity, and the diversity of its texts—from toys to theme parks, from the Holiday Special to The Force Awakens. Engaging and entertaining.”—Will Brooker, author, Using the Force: Creativity, Community, and Star Wars Fans

“No other volume engages this topic so thoroughly or in-depth. Thanks to four new Star Wars films since Disney’s acquisition of the property, the subject is both hot and relevant, and the contributors provide insights and contextualization for the larger Star Wars universe and the academy. Plus, it’s fun to read!”—Kevin Wetmore, Loyola Marymount University

“An international mix of authors—many of whom grew up as part of the Star Wars generation—turn their collective intelligence onto Disney’s expansion of George Lucas’s epic adventure saga. Each essay makes a unique contribution to our understanding of one of today’s most important media franchises.”—Henry Jenkins, coauthor, Participatory Culture in a Networked Era

Dr Jennifer Hessler's research "From Social Content Ratings to Sentiment Analysis: The cultivation and commodification of affective television engagement" analyses the evolution of Nielsen’s Social Content Ratings which ultimately work to subordinate fans’ participation to the discursive authority of marketing teams, curating fan behaviour to make it more commodifiable. SCRs fit into the larger emergence of affective economies that seek to not only measure affect, but cultivate it, to take advantage of the commercial potential of emotional investment. Hessler discusses how television producers have reframed programming around the pursuit of social buzz, analysing MTV’s The Challenge; Freeform’s Pretty Little Liars; and The Oscars. 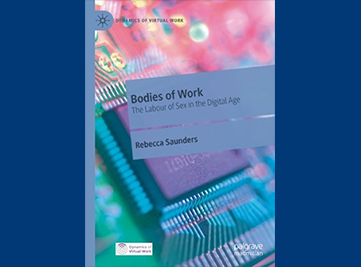 Bodies of Work: The Labour of Sex in the Digital Age

Dr Rebecca Saunders’ book Bodies of Work: The Labour of Sex in the Digital Age is the first to explore the vital relationship between sex and capitalism in the digital age. It offers a provocative analysis of how specifically digital forms of capitalist accumulation and labour shape the contemporary sexual body through a focus on digital pornography. 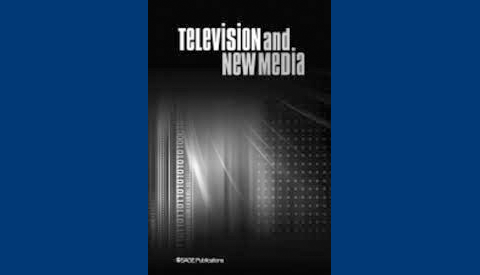 Peoplemeter Technologies and the Biometric Turn in Audience Measurement

In this article, Dr Jennifer Hessler argues that the evolution of peoplemeter technologies during this era was shaped by the inconsistent cooperation of viewers in the task of being measured, resulting in a preoccupation in audience measurement with biometrics, and a constant onslaught of technological experiments in search of a seamless body/machine integration. Between 1980 and 1995, audience measurement companies, including Audits of Great Britain (AGB), Nielsen, Percy, and Arbitron, competed to develop peoplemeter technologies, ranging from remote controls to ultrasonic motion detectors, infrared body heat sensors, face scanners, and wearable devices. During this time, the body became itself a technology: one that, if properly disciplined and utilized in the process of commodification, could make viewers more reliable consumers. 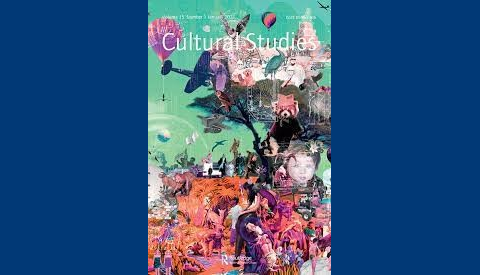 Imagined as a ‘girl who can do anything’, Rey represents a new kind of popular feminist hero and role model for girls, enabling a degree of critique of normative gendered role models for children. Dr Benjamin Litherland’s research – together with Rachel Wood and Elizabeth Reed - explores data from an online questionnaire and drawing activity with girls aged 5–10 and their parents on the experience of costume playing as Rey from the contemporary Star Wars trilogy. Dr Litherland argues that consumers of popular culture engage in practices of ‘ethical cultural consumption’, whereby the consumption of cultural texts is imagined as having the potential to ‘do good’ both individually and socio-politically; and that ‘Being Rey’ represents a deterministic project through which parents aim to cultivate the ‘right’ kind of girls, seeking to instil the resilience to ‘cope’ with unknown futures. 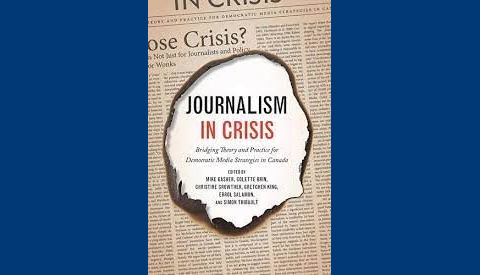 Journalism in Crisis: Bridging Theory and Practice for Democratic Media Strategies in Canada

Dr Errol Salamon’s co-edited book Journalism in Crisis: Bridging Theory and Practice for Democratic Media Strategies in Canada addresses the concerns of scholars, activists, and journalists committed to Canadian journalism as a democratic institution and as a set of democratic practices. The authors look within Canada and abroad for solutions for balancing the Canadian media ecology. Public policies have been central to the creation and shaping of Canada’s media system and, rather than wait for new technologies or economic models, the contributors offer concrete recommendations for how public policies can foster journalism that can support democratic life in twenty-first century Canada.

Dr Benjamin Litherland’s co-edited book Historia Ludens: The Playing Historian furthers the debate about aspects of "playing" and "gaming" in connection with history. Reaching out to academics, professionals and students alike, it pursues a dedicated interdisciplinary approach and ponders the question of what academics can learn from gaming and playing for their own practice, such as gamification for teaching, or using "play" as a paradigm for novel approaches into historical scholarship. "Playing" and "gaming" are thus understood as a broad cultural phenomenon that cross-pollinates the theory and practice of history and gaming alike. 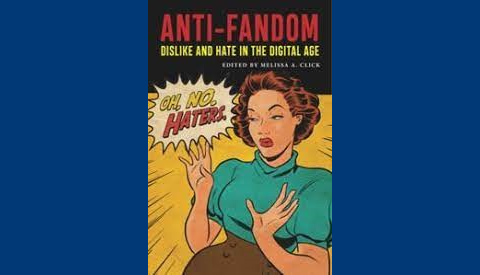 The Politics of Against: Political Participation, Anti-fandom, and Populism

Professor Cornel Sandvoss’ book chapter ‘The Politics of Against: Political Participation, Anti-fandom, and Populism,’ explores political participation as a form of (political) fandom. It assesses how the process that Sandvoss has described as “fanization” affects political engagement, activism, and movements and thus aims to explore the premises and consequences of the fanization of democracy by building on two themes of recent scholarship, the first being the growing body of that work documenting the eroding boundaries between realms of political and popular communication by highlighting the degree to which popular entertainment and culture become significant spaces of political discourse and action.